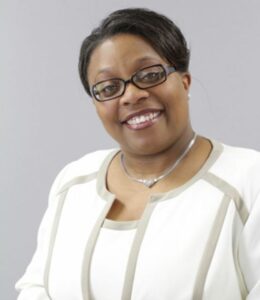 Pastor Nicole A. Holiday is a God-fearing woman who patterns herself after Proverbs 31. Her vision is to see women delivered, healed and liberated. Pastor Nicole has a strong desire and passion for Christian marriages and family structure. She believes that all Christians should be equipped, activated and released to advance the Kingdom of God. Pastor Nicole A. Holiday serves as Senior Leader alongside her husband Apostle James Holiday at Rivers of Living Water. She is the founder and overseer of Women of Virtue Women’s Ministry. Along with her husband, she also spearheads the Happily Ever After Marriage Fellowship. Among her many hats one of the biggest she wears is mother. She is the proud parent of two amazing sons James and Nicholas. Pastor Nicole is relentless in her efforts to advance God’s Kingdom and is the epitome godly virtue.

Any cookies that may not be particularly necessary for the website to function and is used specifically to collect user personal data via analytics, ads, other embedded contents are termed as non-necessary cookies. It is mandatory to procure user consent prior to running these cookies on your website.